Getting with the program – Case Study

There are no upcoming events at this time. 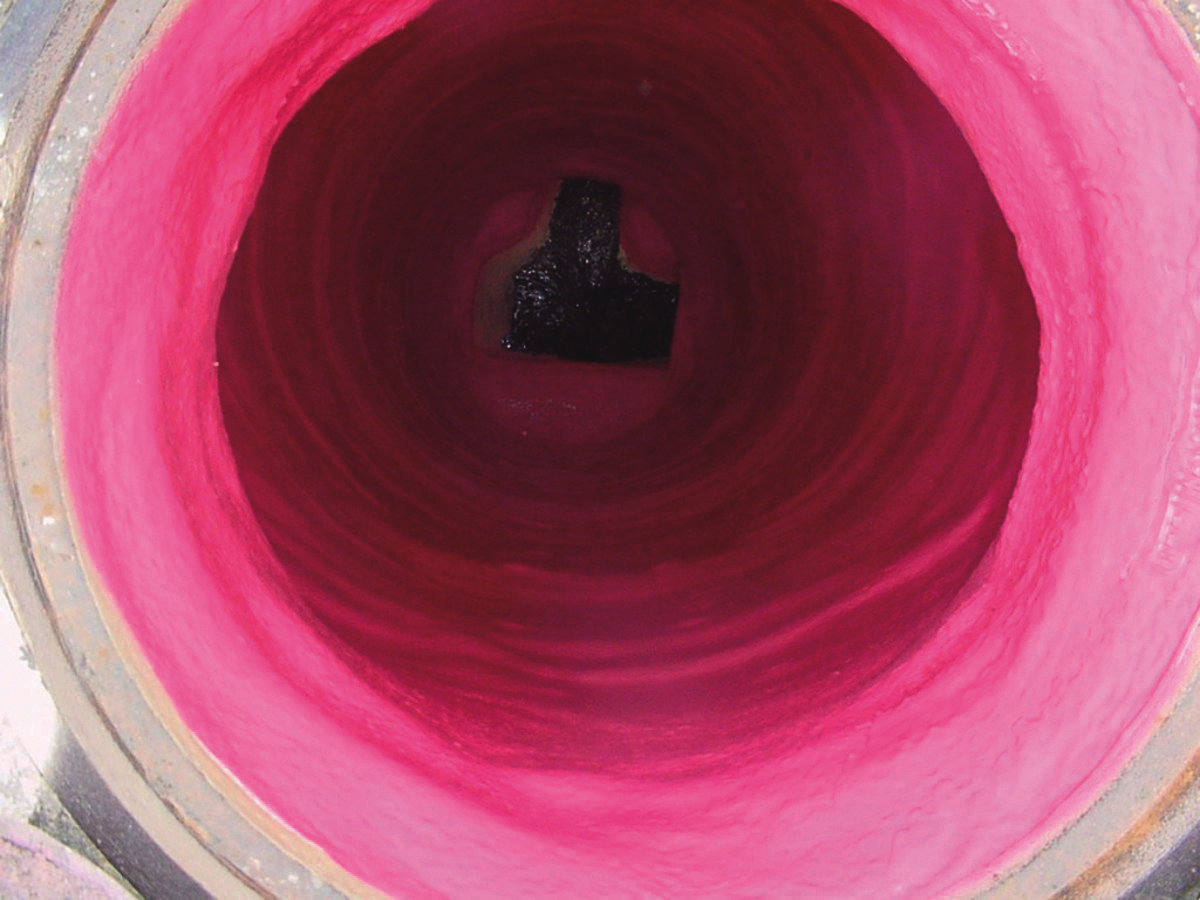 Getting with the program – Case Study

Nobody knows for sure how the city of Bell Buckle, Tennessee, got it its name. What’s certain is that the Bell Buckle Water and Sewer Department is successfully employing a programmed approach to attack the deficiencies of its wastewater system while protecting the wallets of ratepayers.

The city of fewer than 500 people is located about 50 miles southeast of Nashville. Much of the sewer infrastructure was built in the late 1950s and is reaching the limits of its service life. The 6-mile gravity-fed sewer system consists to a large extent of clay pipe and brick-lined manholes now subject to inflow and infiltration. A 1-mile force main provides service solely to the Webb School, a private boarding facility.

With a small municipal tax base, public funds are at a premium. The entire department is operated by three people: wastewater manager Randy Johnson, water manager Ronnie Lokey (who doubles as fire chief) and assistant Jason Lewis who works primarily on water, but helps Johnson on wastewater. Armed with a New Holland backhoe and a Chevy dump truck, the team performs a wide range of tasks, from meter reading to infrastructure repairs and supervising outside contractors.

In March 2005, the city became the subject of an Administrative Order by the Tennessee Department of Environment and Conservation (TDEC) over untreated wastewater flowing into Bell Buckle Creek. Under a moratorium applied by the state, no additional connections could be made to the system until the state approved a Corrective Action Plan (CAP) and Capacity, Management, Operations and Maintenance (CMOM) program, which was due three months from the announcement to avoid further enforcement action.

At the time, Johnson had been hired as a backhoe operator and was working to achieve his Grade lll Wastewater Tratment Plant Operator certification. “At that point it seemed that the expanding rules and regulations about wastewater and accumulating problems had finally caught up with the system,” says Johnson.

The city hired an engineering firm to quickly devise a CAP, which was approved by the council in June of that year.

The centerpiece of the plan was the construction of a million-gallon equalization basin at a cost of $500,000. The quick-fix plan was designed to both provide relief to the wastewater treatment plant and end the moratorium as soon as possible. The decision was backed by a flowmeter study, which mapped the city’s five basins and a sewer system evaluation survey (SSES). When the equalization basin was put into service in the summer of 2006, TDEC lifted the moratorium.

“Unfortunately, the equalization basin was undersized, “says Johnson. “The watewater plant was designed to process about 150,000 gallons of sewage per day, depending on how well the sludge settles and allows water to pass through four teriary sand filters. By fall, the tank filled up. Soon we were sitting on a million gallons of rainwater. The tank stayed full through the winter and we ended up with more untreated wastewater entering the creek. By March of the following year we got the tank down 3 or 4 feet and then it filled right back up.”

Johnson took on the job of wastewater manager in 2009 as the city struggled to do what it could to improve and maintain the system on a limited budget. Faced with some sanitary sewer overflows, the city agreed to a new CAP in 2011 and a renewal of its CMOM program. Among the priorities: inspection and rehabilitation of Basins 3, 4 and 5.

“Under the new CAP, we began to concentrate more on rehabilitating the system by seeking out the worst cases of I&I,” says Johnson.

In February 2012, the city retained the Nashville office of Littlejohn Engineering Associates to provide it with a programmed approach to dealing with the wastewater system. The company leveraged data from the 2006 SSES, and existing AutoCAD files to create a more thorough map of the city’s sewer and water assets. The consultant then assisted the department in using GPS technology to capture all assets electronically and integrating the information into a simple web-based geographic information system using ESRI ArcGIS software and made available to staff via ArcGIS Online.

“We helped the city rank which basins were the highest priority,” says Travis Wilson, a project manager with Littlejohn.
“Each client is different and has its own budgetary constraints. We worked with the Department to see what they could do and what we need to get contractors to do based on their unique knowledge of the system. We determined that continued attention to Basin 5 was the best place to start, so we could knock out all of the big home run leaks we identified.”

Basin 5 represents about a third of the sewer system. Bell Buckle staff teamed up with outside contractors to conduct smoke testing and manhole inspections, adding any previously overlooked infrastructure to the GIS database. A camera team was also contracted to televise the sewer lines and integrate its findings with the GIS system. While the work concentrated on Basin 5, any areas outside the basin that had previously been identified as significant contributors to I&I were also included.

“From the information we gathered, we listed the manholes that appeared to have the worst leaks and had a contractor line them with SpectraShield Liners,” says Johnson. “The smoke testing showed us that a lot of the I&I was caused by poor connections to service laterals over the years. In some cases, the smoke testing showed us where a homeowner broke open a clay service lateral years earlier to rod it out, then covered the broken pipe with a piece of tin.”

Camerawork also revealed that a decades-old sliplining job had been poorly implemented. “It looked like the work had never been inspected after it was finished,” says Johnson. “There wer a lot of seam issues and the inverts weren’t tied into the mainline correctly.”

The city employed a contractor to properly connect the laterals using BLD Service Connection Seal + Lateral, while the department repaired any damaged clean-outs, replacing clay components to the property line with PVC.

A recent road construction project along Highway 82 undertaken by the Tennessee Department of Transportation required the replacement of about 2,000 feet of sewer and water line with the state picking up the tab.
“We jumped on that opportunity,” says Johnson. “It was the section connecting the Webb School to the town. We fixed a bunch of laterals and replaced some clean-outs that were in bad shape with new ones. With the money we saved on that section of pipe, we were able to spend more on manhole lining.”
The recent programmed effort has been so succesful that the city is petitioning TDEC to allow it to alter both its CMOM program and CAP.
In November, the city voted to approve a $25,000 system-wide flow monitoring study to demonstrate that the rehabilitation work completed on Basin 3 has substantially achieved the goals of the CAP in eliminating overflows. If approved by TDEC, the city would be excused from performing an additional $500,000 worth of rehab work on Basin 4 by 2015. That would also make a $48,000 program to televise the remaining two thirds of the sewer system more palatable to ratepayers.
“I can already see at the plant end that the work we’ve done so far has made a significant dent in I&I,” says Johnson. “We intend to complete the work on Basin 4, but making all this headway in a little over a year may buy us some time so that we can do the work when we can more easily afford it.”
Share Post